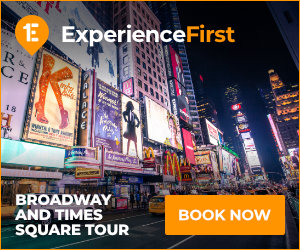 Broadway is the pinnacle place in the United States for musicals and plays.
Take a tour of Broadway and Times Square ​with a professional director or actor with ExperienceFirst!
To look at the history of Broadway, it's theaters, and some great shows, check out SpotlightOnBroadway.com

Below is a list of the current shows on Broadway